Song & Chant Sheet, From: Stand Up Against Israeli Idan Raichel at City Winery on 3/22 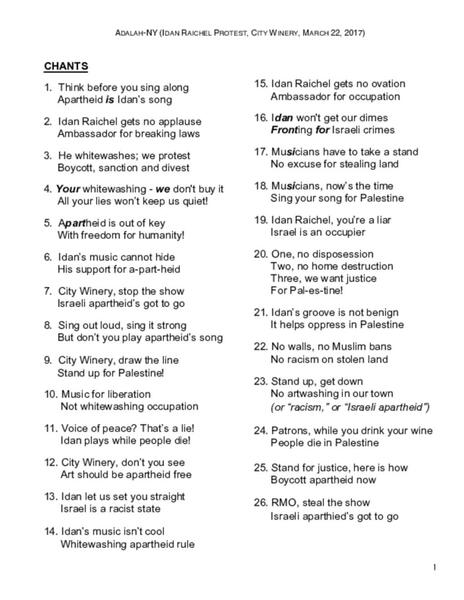 Adalah-NY: The New York Campaign for the Boycott of Israel
In Collaboration With
Students for Justice in Palestine and Jewish Voice for Peace at Barnard College and Columbia University
plus music by the Rude Mechanical Orchestra 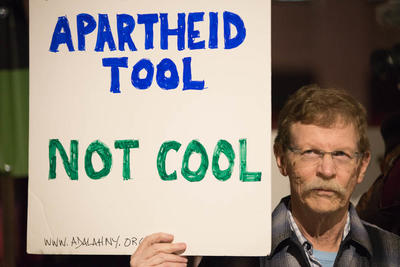 Last year, while we commemorated the Nakba, Raichel headlined the “Independence Day” concert organized by Israel’s Ministry of Foreign Affairs in New York City. He has also performed to welcome American Jews who enlisted in Israel's army, which terrorizes Palestinians and enforces Israel’s apartheid regime.

Join us in answering the Palestinian call for cultural boycott against Israeli Apartheid!
Let the call be amplified!
There’s no ART in APARTHEID!