Photos from our Leviev and HP Anti-Apartheid Caroling on Dec 2, 2016

New York, NY – Fifty human rights advocates with Adalah-NY and affiliated groups outshined the jewelry of Leviev Diamonds Friday night in Manhattan. Boycott advocates arrived to find Leviev Diamonds had closed for the organization’s protest for the fourth time in a row, all during the year’s biggest shopping periods. This year Adalah-NY scheduled the 10th annual holiday caroling protest against the companies of Israeli settlement-builder Lev Leviev to coincide with the Global Week of Action targeting Hewlett-Packard (HP). After caroling at Leviev, protesters marched to a nearby Staples store selling HP products for the second half of the demonstration. 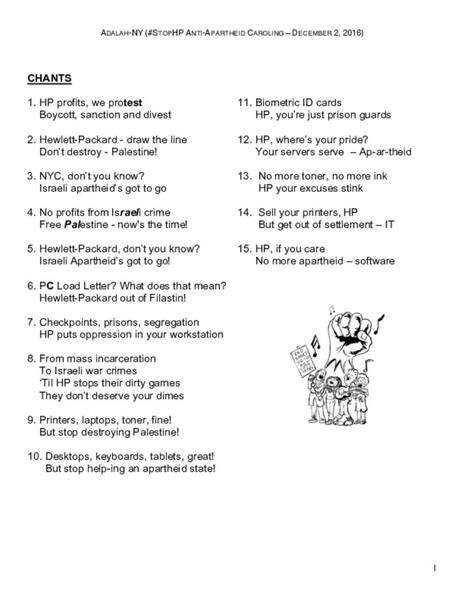 Leviev Songbook from our Anti-Apartheid Caroling on 12/2/2016 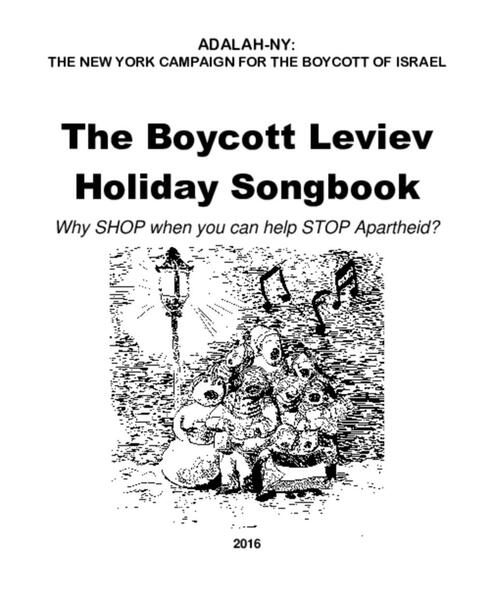 HP plays an essential role in violations of Palestinian human rights. Among its key illegal business ventures, it holds contracts in the illegal settlements in the West Bank and provides

Join us on Friday December 2 for anti-apartheid holiday caroling and more. The protest will begin at 5 PM at Leviev Diamonds, 700 Madison Ave. (between E. 62 and 63 Sts.). After caroling there, we'll march to a nearby store where HP products are sold.